It’s sunburn season. Many of us have experienced the pain and flaking caused by time spent in the sun without protection, but we cannot focus on a remarkable and vital part of the process: the regeneration of the skin when damaged tissue is replaced by new.

Even without sunburn, the outer layer of skin, the epidermis, constantly renews itself to replace dead or damaged cells throughout our lives. This epidermal layer provides an essential barrier for the human body, reducing water loss and fighting against environmental threats. Scientists are working to identify the molecular mechanisms controlling epidermal skin regeneration, but many remain poorly understood.

Now, a research team from Northwestern University has identified a molecular switch, via a protein called CDK9, that plays an early and critical role in the process of skin stem cell differentiation. This switch is “off” in stem cells. When the switch is activated, a specific group of genes are immediately activated to trigger downstream gene regulators, allowing skin cells to gradually acquire barrier function. The results are relevant for a better understanding of cancer and wound healing, in addition to the fundamental understanding of skin regeneration.

“Skin stem cells must continually make decisions, either to make more copies of themselves – a process known as self-renewal – or to direct their fate towards differentiation. A delicate balance between both of these decisions are crucial to maintaining the integrity of the skin and its barrier function,” said Xiaomin Bao, a stem cell biologist at Northwestern who supervised the research. “We discovered the switch linked to selected genomic regions inside stem cells, ready to trigger the cell fate switch to initiate stem cell movement towards differentiation.”

The study was recently published by the journal Nature Communications.

Discovery of the switch

The integrity of the cutaneous epidermis relies on subsets of cutaneous stem cells which continually self-renew or differentiate, thus compensating for daily wear and tear. The process of differentiation involves significant changes in over 6,000 genes, ceasing proliferation of stem cells while activating genes with barrier function.

By integrating genomics, genetics, and pharmacological inhibition into human skin models, Bao and his team identified that the protein kinase activity switch CDK9 plays a key role in cells’ decision to initiate differentiation and to gradually acquire the barrier function of the tissue. Kinase activity is turned off in the stem cell state and fast-response genes directly controlled by the kinase are deleted. When kinase activity is activated, fast-response genes are activated, which then induces downstream effectors, a group of transcription factors that can further drive the expression of barrier-function genes.

CDK9 (cyclin-dependent kinase 9) plays a crucial role in modulating gene expression at the “transcription” stage, a process of copying specific DNA regions onto RNA, before the RNA can serve as a template to synthesize new proteins. In the stem cell state, CDK9 is maintained in an “off” state when bound to AFF1 and HEXIM1 proteins on DNA, awaiting specific cellular signals such as activation of protein signaling kinase C. Once signaling is activated, this is enough to switch CDK9 from an inactive to an active state, allowing the rapid synthesis of RNA from genomic regions directly bound by CDK9, the researchers found.

Change is rapid. “All the components are ready to act deep within the stem cells,” Bao said. When the stem cell receives specific external signals, the response inside the nucleus is very rapid, with activated CDK9 rapidly causing expression of fast-response genes such as ATF3 within an hour. Expression of ATF3 potently induces several downstream transcription factors to rewire cell fate towards differentiation. This rapid switch for gene activation also relies on pre-recruitment of the RNA synthesis machinery with CDK9 for fast-response genes, before signaling is activated.

“We are probing the unknown,” Bao said. “The regulation of stem cells is fundamental to maintaining the integrity of human tissues. We have found a key mechanism initiating the switch of the fate of cutaneous stem cells towards differentiation, an integral process of regeneration. Knowing more about fundamental molecular mechanisms can help understand many different human diseases.

Bao is also a member of the Robert H. Lurie Comprehensive Cancer Center at Northwestern University.

The National Institutes of Health (award R00AR065480 and R01AR075015), the American Cancer Society (Research Scholar Grant RSG-21-018-01-DDC), and the Searle Leadership Fund, among others, supported the research. The authors would like to thank Ali Shilatifard’s group for generously sharing the reagents, especially the pharmacological inhibitors which made it possible to characterize the rapid process of initiation of differentiation. The Skin Biology and Diseases Resource Center (SBDRC) and Nuseq Coreboth at Feinberg, also supported this project.

The title of the article is “CDK9 activity switch associated with AFF1 and HEXIM1 controls the initiation of differentiation from epidermal progenitors.” Bao is the corresponding author. Sarah M. Lloyd, a Ibis Ph.D. student in Bao’s lab and winner of the Northwestern TGS Presidential Fellowship, is the first author of the paper. 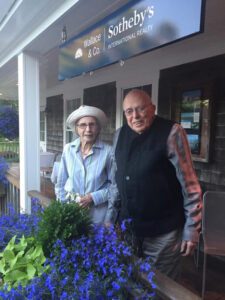