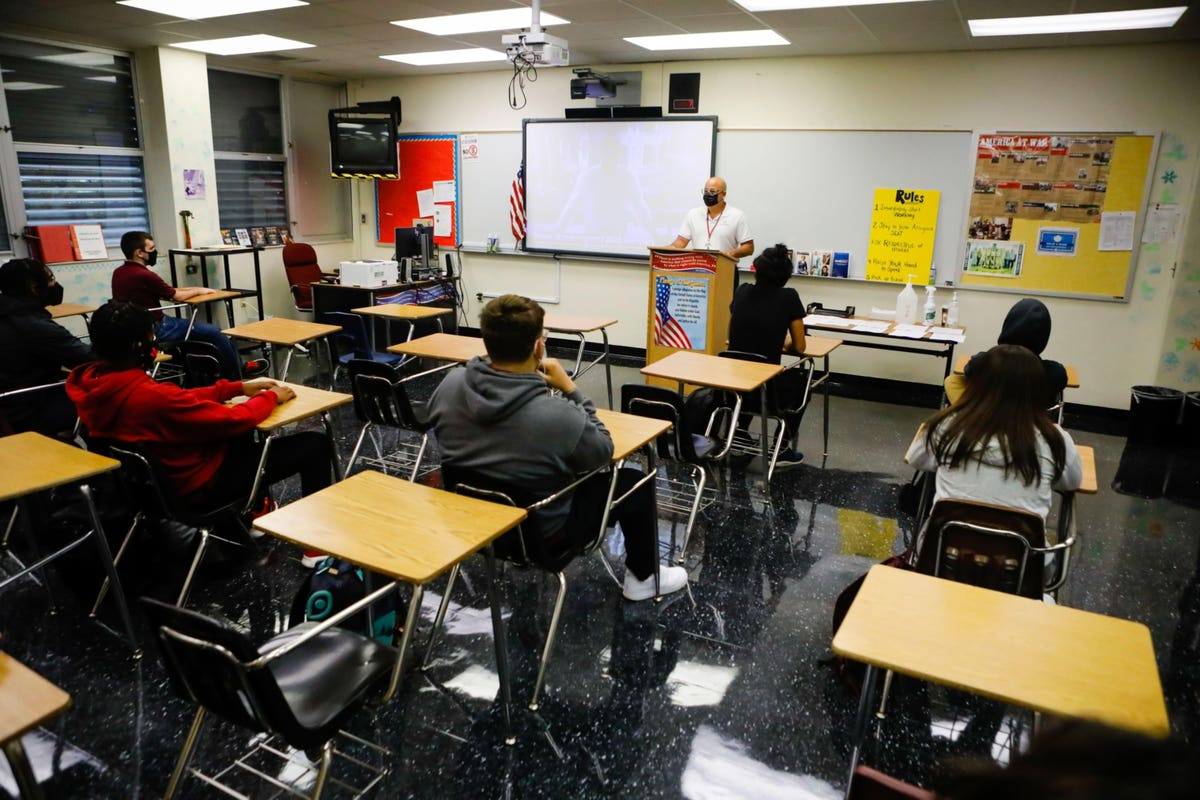 In theory, everyone is in favor of responsibility.

In practice, many elected and appointed leaders in public education want to stifle it at every opportunity.

The opportunity came in the form of COVID-19.

The Louisiana State School Board voted this year to remove grades from public schools. This requires approval from the US Department of Education, but its approval is awaited. Most states have already been allowed to do the same.

Can anyone assert that the past two years have not seen any extraordinary disruption, in schools as well as in our society in general?

And to the extent that test scores show declining student performance, there is plenty of evidence that we weren’t normal. Louisiana started off lower than most states, but we still saw a drop in test scores, both in the state-level test and in the ACT college admissions test. National scores also suffered.

We therefore do not disagree with the decision of the State Council for Primary and Secondary Education to request a federal exemption from alphabetical grades. No one else either.

With the exception of the educational institution, in the form of representatives of school boards and their delegates, school directors.

The issue was not the suspension of the alphabetical notes. But these scores are only summary judgments based on much more detailed school performance scores, central to the accountability process.

BESE and State Superintendent Cade Brumley have chosen to make their school performance scores available to districts, even though they are derived from a year of such severe business disruption as usual.

Brumley pointed out that the data would be advisory, without an alphabetical grade, and lacking the weight that grades typically do. There will be no penalties generally resulting from poor academic performance in schools rated D and F.

An elected member of BESE, Holly Boffy of Lafayette, supported the delivery of data to the systems. After all, she noted, schools that performed really well during these years of disruption should get at least informal credit for it.

You would have thought Boffy had suggested bringing back corporal punishment for local superintendents and school board members.

Janet Pope, executive director of the Louisiana School Boards Association, questioned the value of the scores and said they could disrupt school districts’ efforts to recover from the pandemic and multiple hurricanes.

Michael Faulk, executive director of the Louisiana Association of School Superintendents, said that while school performance scores are meant to be advisory, they will be unofficially linked to letter grades and could be misused.

We do not know of anyone in public education professionally, or interested in it as a citizen and taxpayer, who will not bow to the reality of the pandemic. Some of the data from which the school performance scores are derived will be incomplete.

This is why BESE and Brumley are wise to seek the federal waiver on the consequences of letter grades.

The discussion of school performance scores was a case of superintendents and local school board members re-aiming at anything that looks like a measure of success – or failure – in public education.

We remind participants in the discussion that “public” means something in public education. It is that taxpayers are investing in schools and in the academic future of the next generation.

Denying data on school performance to taxpayers is a mistake. But even when superintendents and local school boards won the argument over letter grades, they couldn’t help but want to attack the data on which the blame is based. Maine Voices: High time to see climate change education for the urgent need it is

On October 26, the Legislative Council of Maine voted on which bills will be considered …